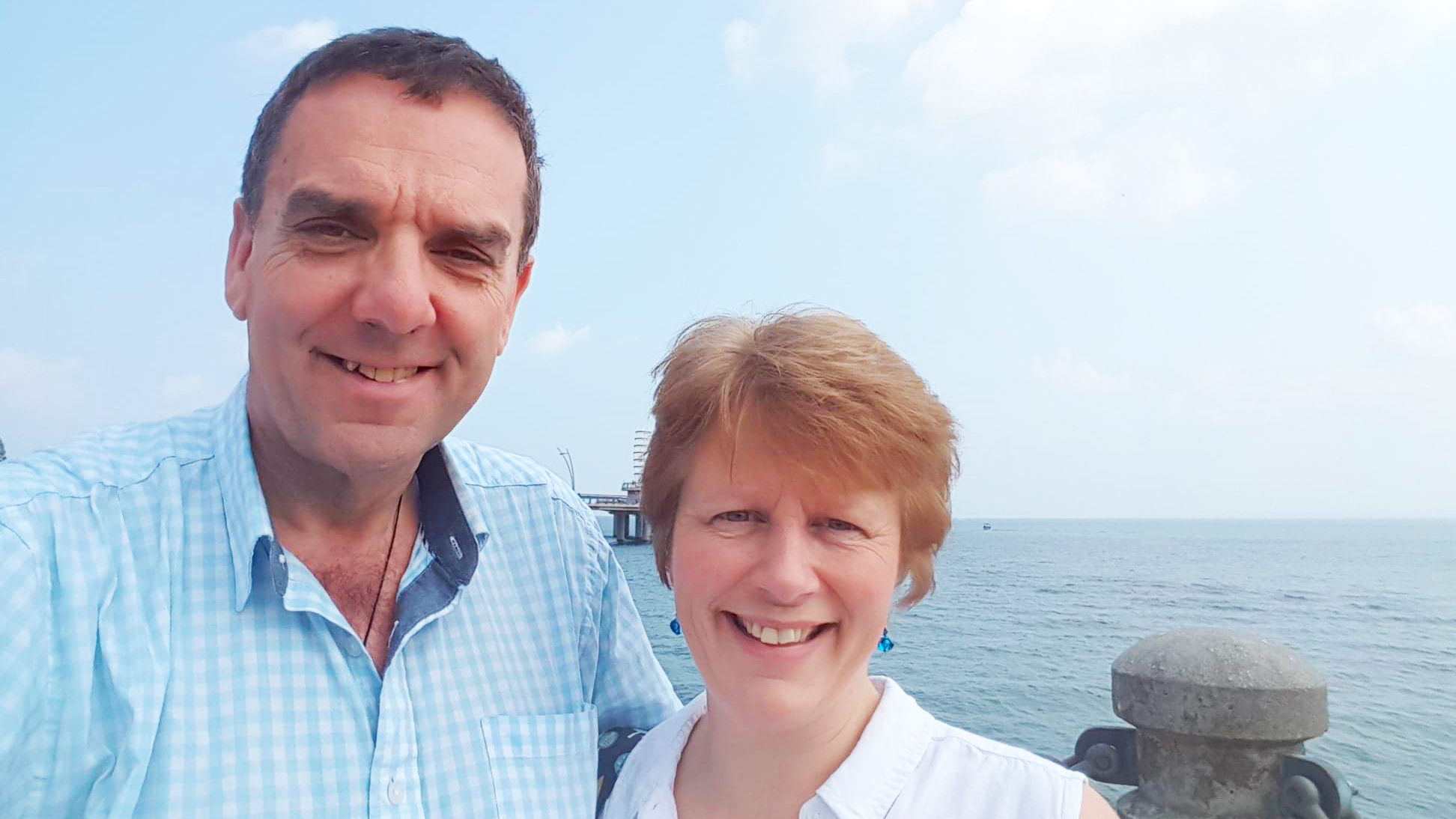 A Call for Courage

InterVarsity Canada
Comments are off for this post
Share:
As he begins his role as president of InterVarsity, Nigel Pollock shares these thoughts about courage and transition.

I have just come back from a couple of days at Niagara Falls. They are as spectacular as I remember them from my last visit 20 years ago and my wife, Ailsa, enjoyed seeing them for the first time. One of the places we visited was the Daredevil’s Gallery, which has a collection of contraptions that people have made to go over the falls, frequently with fatal consequences. The tagline for the exhibition is “Hear their story, feel their fears”. I guess if you are not a little afraid of going over a thundering waterfall in a barrel then there may be something wrong with you.

We came across many stories of courage in Niagara. Stories of ordinary men and women who overcame fear to make a positive difference. People like Laura Secord who walked alone for 28 miles through a hazardous route to warn the outpost at DeCew Falls of impending American attack in the War of 1812. People who risked their lives assisting slaves fleeing north on the underground railway. People – 350 of them — whose names are on the Honour Roll because they gave their lives in the two World Wars.

Inevitably, fear and courage go together. This is something I have been thinking about for most of this year.

Last January, on the first Sunday of the year, we were visiting our home church in Edinburgh, Scotland. As the Bible reading from Joshua 1 unfolded the word that stood out to me was courage. It was to set the tone for the months ahead as Ailsa and I considered finishing one stint of ministry in New Zealand and responding to a new call to Canada.

Joshua 1 takes place during a time of transition for the people of Israel. Moses has died just as the people are ready to enter the Promised Land. They have grown and learned from their failure of faith when they were last at the point of crossing the Jordan and entering the land. Neither God’s promise nor his word have changed but there is a change of leadership and a change of heart.

In context, it is fair enough that the new leader and the people as a whole would feel weak and afraid. It is natural to feel like this when the challenges we face are greater than our abilities and resources. But God challenges Joshua to be strong and courageous three times. The key to this courage is the encouragement that God will be with them (Joshua 1:9). Just as God has been with them in the past and is in the present, so he will be with them in the future. The inner strength to face adversity comes through the presence of God. The power to overcome obstacles comes from the power of God. Courage is a response to grace and an expression of faith.

Joshua is entrusted with the next step of God’s plan for his people. God’s strength and courage will enable him to encourage the people to press on together. A similar note is struck when David is speaking with Solomon about the future: “Be strong and courageous, and do the work. Do not be afraid or discouraged, for the Lord God, my God is with you. He will not fail you or forsake you until all the work for the service of the temple of the Lord is finished,” 1 Chronicles 28:20.

At times of change and transition our default position may be fear and discouragement, especially when we are not certain of what is coming next or if we have the capacity to cope. There is a realism in these interactions that is at odds with the triumphalism that too easily infects our faith communities. When we face illness or even death, new challenges in studies or work, leadership changes at church or transitions in our family, it is natural to feel fearful and weak. But God draws close to us at these times. He gives us strength when we are weak, courage when we are fearful and encouragement when we are down.

He promises to be with us and not to fail us. This is the confidence of the Psalmist—“even though I walk through the darkest valley, I will fear no evil for you are with me.” It is at the heart of the Great Commission where Jesus sends out the apostles and promises to be with them always to the very end of the age. God’s presence is promised to us and his power is greater than any circumstance we face. 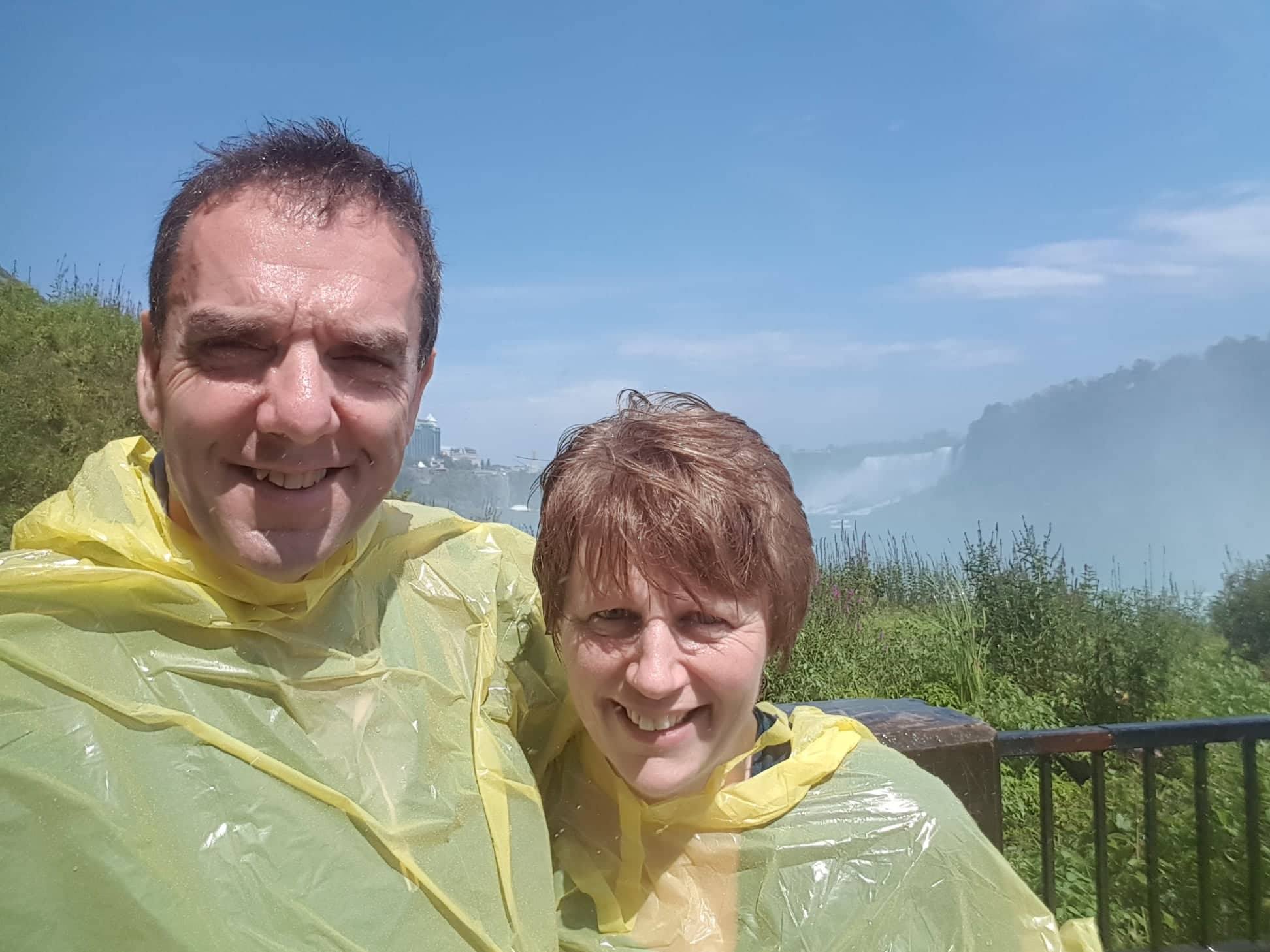 “Bon courage” is a French expression that offers support to someone facing an ordeal. There is no exact English equivalent but it is a little like saying “hang in there” or “good luck.” I once asked an Iranian student who spoke better French than English how they would say “bon courage.” He said that in French the idea of bon courage looks to your own effort but the equivalent in Persian means “God’s strength.” God’s strength is the key to courage and to keeping moving forward in faith.”

One of the themes I am hearing in Canada is that the context for mission has not become any easier. The deconstruction of a Judeo-Christian ethical framework creates huge issues around sexual morality, physician assisted death, inequality and injustice. We face not just challenging issues but a changing culture where living out Christian faith often makes us feel part of a misunderstood minority.

I am not alone in starting a new phase of ministry. The changing seasons and rhythms of the year create challenges for us all.

It takes courage to join an InterVarsity group on campus. Christian faith puts students in a minority. There is risk in sharing the good news with friends and a cost to Biblical discipleship.

It takes courage to be a Christian student, relating faith to studies and applying the gospel to the whole of life,

It takes courage to be a student leader and expend time and energy in serving God’s purpose.

It takes courage to keep following Jesus after summer camp has ended and the rich community of friends and fellow disciples has dispersed.

It takes courage to be a Christian graduate committed to living an undivided life at work and at play.

Join me in Prayer

My hope and prayer is that InterVarsity will continue to be formative in the lives of young people and families, invest in student leaders and support Christian graduates so that in their sport, studies, art and music, professional life, relationships, churches and communities they can encourage each other to embrace the new challenges and take opportunities with courage, imagination and strength.

I hope to have the opportunity of meeting many of you soon. We are grateful for all who partner with us in this great endeavour. I look forward to hearing your stories and to feeling your faith as well as your fears.

But, as they say in France “Bon Courage”. Or as they say in Persia “خدا قوت” . Or as God said to Joshua all those years ago: “Be strong and courageous. Do not be afraid; do not be discouraged, for the Lord your God will be with you wherever you go.”

2 comments on “A Call for Courage”

Great word. So relevant! 🙂 Especially for someone who is also new staff with InterVarsity and is mentoring and coaching students who are feeling discouraged and drained!

This is great reading – I can hear your Scottish ascent as I read this. It’s a challenging message and I can relate to so much of this in my own life. . . God’s blessings we’ll miss you in Lower Hutt, NZ.